How to Prepare for the Executive Assessment - Part 3 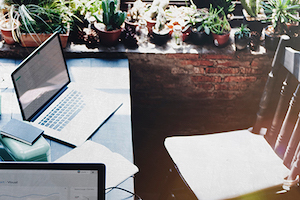 Last time, we talked about the IR and Verbal sections of the new Executive Assessment (EA) exam for EMBA candidates. Today, were going to dive into Quant and also talk more about your overall study.

The Quant section will consist of the same two question types (Problem Solving and Data Sufficiency) that appear on the Quant section of the GMAT, but youll only have to answer 14 of them, not 37. Youll be given 30 minutes or just over 2 minutes per question; this is about the same as on the GMAT.

The single biggest difference is that geometry* has been removed from the EA. But, yes, I had to add an asterisk there. Did you know that, among mathematicians, coordinate plane is considered algebra, not geometry? (I knew this years agobut I forgot until it came up again for the EA.) So its true that geometry is not on the EA but since coordinate plane is really algebra, it can show up on the EA.

I find that a little annoying, but I was heartened to see that, of the 100 quant questions in the EA official tool, exactly one is a geometry problem. So I went into my EA just assuming that I would ignore any coordinate plane questions I might seeand I didn't see any at all. (I do, of course, know geometry, since I also teach the GMAT, but I wanted to take the EA in the way that Im advising my students to take it.)

Best guess, if you do see any coordinate plane questions, it probably wont be more than one so decide whether that is worth any of your precious study time. I personally would not study it and would just make that one of my bail questions.

If youve studied for the GMAT and are familiar with the strategies Choose Smart Numbers, Work Backwards, and Test Cases, you can use these strategies on the EA, too. You also can (and should!) estimateI found I was able to do this even more than on the GMAT.

As far as the rest of the quant material, heres what appears in the EA official tool:

That looks like a lot of material (and it is!) but certain things dont show up nearly as much as others. If youre using our books to study, I would emphasize the following:

How long should I study?

As I mentioned earlier, most schools are saying right now that they want to see 150+ for your total score. No studies have been done to say what that would correlate to on the GMAT, but I can say anecdotally that a 150 on the EA is not anywhere close to a 700 on the GMAT. Best guess, Id say that its in the lower 600s somewhere, maybe even 600. In other words, the pressure is not as great as it would be if you were having to take the GMAT and be assessed against other students on that scale.

Youll still need to do a decent amount of study, of course, and this is actually a good opportunity to get yourself back into school mode before your EMBA program begins.

Plan for about 4 to 8 weeks of regular studyperhaps 1 hour a day Monday, Wednesday, Thursday, and then a couple of 1.5 to 2-hour sessions each day over the weekend (or about 10 hours a week, total). If you aim for the shorter end of that timeframe (4 weeks), you might need to do closer to 15-20 hours a week, depending on how long it has been since you last studied this kind of material.

If you take a course, that course should include study materials and a syllabus with specific homework assignments. If you study on your own, you will have to put together your syllabus yourself. Definitely buy the official EA tool and get yourself some test prep materials as well. (Yes, I have a conflict of interest in recommending that last onebut, seriously, the EA tool has great questions but is not designed to teach you how to get better. You will need materials that teach you what to do. Then use the EA tool to practice your new-found skills.)

Ill have more on the official EA tool (including how to use it) in a couple of installments. Next time, were going to talk about timing strategies for the exam.