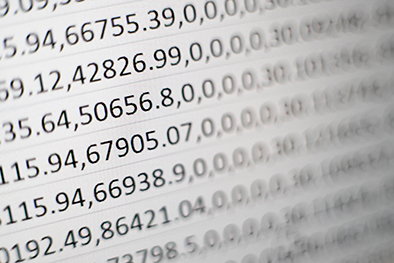 Here we go, here we go! Welcome to part 2 of our little series on the latest Official Guide, hot off the presses; if youd like, you can start with the first installment of this article series. Todays post focuses on Data Sufficiency.

Whats new in Data Sufficiency for the 2019 edition?

There are 26 new Data Sufficiency (DS) problems (and 26 were dropped).

As we saw for PS, most of the new problems are on the easier to medium side. There are still some quite hard older problems, but the fact that there arent many new hard ones for the second year in a row leads me to believe that we should expect to hear an announcement in the not-too-distant future about some new hard-question product (or perhaps that an online product has had more hard questions added to it?). If so, Im looking forward to it!

Six of the new problems are about Statisticssome easier ones around average and median, one that had some really clever wording (#326), and another that tested Standard Deviation in a way that I dont recall seeing before on published official questions (#290). More on both of those below.

Ratios are also covered in 6 new problems, most of which are on the easier side. And we can toss in a 7th, harder problem that is about probability at a high levelbut you really need to understand ratios in order to be able to solve.

Anecdotally, Ive noticed that students in my classes tend to struggle with ratiosits not something we tend to see in obvious ways in the real world, even in quant-focused jobs. But understanding how ratios work can actually be really valuable in the business world, so I recommend spending some of your precious study time making sure you understand how the fundamentals work here.

Again anecdotally speaking, my students who have struggled with ratios have told me they really like the ratio table we introduce in our Foundations of Math strategy guideso check that out if you need a little work here. (See the Fractions, Decimals, Percents, & Ratios chapterlook for the stuff labeled Ratios at the end of the chapter.)

I didnt spot any other big trends in the remaining new problems, but I did quite like #301.

As before, I cant repeat the full text of the problems for copyright reasonsyoull need to get the bookor at least go view these problems in the Look Inside feature on Amazon. (Note that you can only look at a small number of pages in any one bookso you cant just use that feature to do the whole OG without paying for it. Besides, they do work hard to produce these problemsso we should pay for something thats of good value. :) )

If you want to use the Amazon search function, look up this book, click on the Look Inside link, and then use the following search terms (do use the quotes for the ones that have more than one word):

If youre stuck, here are some hints. But promise me: Dont look until you really need to!

#290: What is standard deviation a measure of? What about meanwhat does that mean? (Pun intended :D)

Need another hint? Here you go.

#290: The question asks for the maximum. Can you come up with multiple scenarios that fit the facts in the statements but provide different possible maximum scores?

#301: Dont try to write equations. Pretend youre Shana, in the bookstore, and youve got $47.99 in your pocket. Youre trying to figure out whether you can afford these three books. How are you going to figure that out?

The question stem doesn't give us muchthere are 10 students, so there are 10 scores in the mix. Whats the maximum score? No idea, but the fact that theyre asking for a maximum already signals to me that Im likely going to need to Test Cases on this problem. Lets go take a look at the statements.

See what we just did there? We tested two possible cases. Each case used the given information (10 students total, mean score of 75) but we came up with two different possible maximum scores, so the first statement is not sufficient to answer the question. Eliminate answers (A) and (D).

First, remember that youre supposed to forget statement (1) right now. If I only know the standard deviation but nothing at all about the scoring scale used (is it 1 to 10? 0 to 100??), I cant say what the maximum score was. By itself, statement (2) is not sufficient; eliminate answer (B).

What if we put the two statements together? Maybe this means the maximum score is 75 + 5 = 80?

It doesnt, actually. The calculation for standard deviation is super complicated, and the official explanationwhich tests cases, toogets into somecrazy calculations. So Im just going to tell you something that youll know forever. If I tell you (1) the number of data points in a set, (2) the average value of those data points, and (3) the standard deviation of those pointsthen you still cannot figure out the range of possible values, or the smallest or largest value, of the data points in that set. Lots of combinations are possible.

Well, there is one exception: if the standard deviation is 0, then you canbecause when the SD is 0, then every data point in the set has to be the same (and, therefore, the average is also equal to the value of each data point).

The correct answer is (E).

Look at the statements. They never give us real values for the prices of the booksits always either less than or one price relative to another price. So Test Cases here.

The most expensive book costs less than $17. For the sake of not driving yourself crazy, pretend the thing cost exactly $17. If you bought 3 books at that price, how much would you spend?

I cant tell whether Shana spent less than $48, so statement (1) is not sufficient; eliminate answers (A) and (D).

What about statement (2)? Heres where my second hint comes in. Do not start to assign variables and write equations and ugh. Whip out an envelope and a penwere going to do some back-of-the-envelope checks on these numbers.

Put them together. The most expensive has to be under $17. (Which is annoying, so lets just call it $17 and remember to take off 1 penny at the end.)

The second most expensive has to be at least a penny less than the most expensive, which is annoying, so lets just call it $17 and remember to take off 2 pennies at the end.

And then the cheapest one is $3 less than that, so$14 minus another two pennies.

Statements (1) and (2) together are sufficient to answer the question. The correct answer is (C).

The question stem already mentions the concept of average and then asks that really weird more than 9 of the 20 thing. More than 9 is the same thing as at least 10 and theyve already brought up statistics, so now Im wondering whether theyre getting at something around median and Im scanning the statements andboom! Yes, statement (2) says something about median.

If I have 20 numbers in a set, which ones do I use to calculate median? 20 numbers = annoying, so lets make this easier. If I have 6 numbers in the set, then I need to know (counting on my fingers here) numbers 3 and 4 in the setthose are the middle two. Number 3 is half of number 6 (the number of data points in the set) and 4 is just the next one up. So apply that pattern to the number 20: the number 10 is half and then I need to go one up to 11. I need data points 10 and 11haha, so thats why they specified more than 9. Because 10 and 11 are the relevant numbers for the median.

Statement (1) tells me the price of the most expensive house, or #20 on the list if I write them in increasing orderand that is totally useless when Im trying to figure out something about the #10 house. This one isnt sufficient; eliminate answers (A) and (D).

And thats less than the overall overage of $160k, so yes, at least 10 of the houses had prices that were less than $160k. Sufficient!

The correct answer is (B).

How are you feeling? Ready for a change of pace? Lets move on to verbaljoin me next time for a run-down of the verbal sections of the new OG.