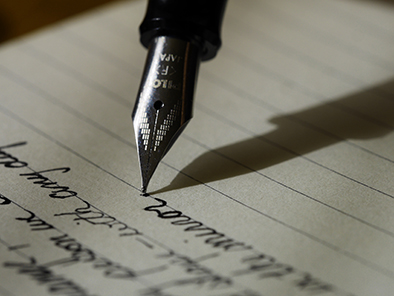 Welcome back to our series on the new Official Guide (OG) books! (If youd like, you can start with the first installment of this article series.) Todays post focuses on the Sentence Correction questions in the big OG.

The OG 2019 edition added 21 new SC questions (and lost 21 old ones). I didnt see anything particularly new or surprising in the new questions, though I do think there are some quite nice ones from a study perspective.

I noticed a lot of issues around Sentence Structure, Modifiers, Meaning, and Parallelismand that didnt surprise me at all. The GMAT has continued to move more towards these global issues in recent years, so the new edition just follows that trend.

SC problems do test multiple issues at once, but I also assign a main category to each onethe thing that I think is most helpful in either parsing the original sentence or eliminating as many answer choices as possible (or, ideally, both). By that measure, heres how I labeled the 21 problems:

*I had to put an asterisk next to Meaning for this reason: A lot of the time, I really want to label something, for example, Modifiers / Meaning, because half the time, its really that a grammar rule isnt quite properly appliedand that leads to a meaning issue. But I make myself choose just one category, so I mostly end up labeling something Meaning only when meaning is messed up in multiple different ways or when the main issue is some sort of redundancy or illogical meaning in the overall language usage.

I also do a secondary labeling of everything that that problem testsso pronouns don't show up at all in my main categorization but they do in the sub-categories (still not much though).

A Couple of Problems

Ill definitely be teaching #678 to my students. Its a great problem for learning about core sentence structure and how to unpack a complicated sentence. I cant give you the exact language (copyright law!) but you could go onto Amazon and look up this book. Use the search inside feature to find this problem (search for the text Travelers from Earth including the quote marks).

Kind of messy, huh? The technical nature of the topic makes it hard to tell whether the intention is to list four totally separate things that are each equally parallel? Or whether some of these things are modifiers and so they should be introduced with -ing words?

Compare each item with the next. I have to endure low gravity. And is that whats helping me avoid radiation? Not really. Presumably, the spaceship Im riding in will shield me from radiation. And that stuff definitely isnt how Ill be contending with (the) soil of Mars.

To go to business school, you would have to write multiple essays, studying for the GMAT, plus asking colleagues for recommendations, and perhaps even move to a new city.

That sentence structure is built off of the original sentence (which is incorrect in this problem). Mine doesnt look as bad because the topic is a normal oneso its easier to see that these different items are not parallel but should be. (In other words, the correct answer should use a 4-item List structure.)

If I can make these kinds of connectionsfrom easier sentences with the same structure to the actual hard ones they give me on the testI have a better shot at understanding what the sentence is really trying to say. And if I can do that, Im more likely to be able to avoid the traps and get myself to the correct answer.

Im also a big fan of #727. The various options combine a verb tense (either attracted or have attracted) with a time marker beginning with either the word after or the word since. Heres my own version of whats going on in part of this problem:

(A) The roses have attracted bees after I placed them outside.

(B) The roses attracted bees since I placed them outside.

(C) The roses have attracted bees since I placed them outside.

What do you notice?

Have attracted is in the present perfect tensea tense that crosses over from past to present. So I shouldnt use it in combination with after (something happened in the past), since after implies that the action is over and done. I need to pair have attracted with since in order to convey that started in the past but crossing over into the present sense that present perfect is designed to give.

And, for that same reason, I don't want to pair the past tense attracted with the word since. That word, since, also introduces the idea of something that started in the past but carries over into the present (ever since thenfrom then until now).

I could also write a correct sentence this way:

The roses attracted bees after I placed them outside.

But of course, I cant give you both that option and option (C) aboveor Ill have made you choose between two correct answers. :)

Thats all for today; join me next time when Ill cover Critical Reasoning and Reading Comprehension. And happy studying!