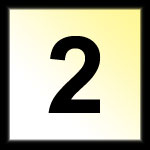 This article is part of a 10-part series where we will be highlighting the most popular GMAT stories of 2011 from the Beat The GMAT community, in countdown fashion.

"If asked for one strategy of my score I would say I was eating GMAT, drinking GMAT, sleeping GMAT!" Such commitment can only lead to a stellar score from mba_from_iim, who went from a 610 to a 760! He'd set the more modest goal of a 700, given that he was on the older side of applicants (34 years old), but in the end all that determination and effort paid off and mba_from_iim eventually scored much better than that! Read his full story here: From 610 to 760(q49,v44,5.5) - still can't believe it! We particularly liked the way his debrief starts, where he explains how he didn't expect to score so well on the GMAT:

Never in my wildest dreams did I ever see myself writing this post. Having scored a meager 610 in my first GMAT attempt, all I wanted was a score of 700+ given my age of 34 years.

But I guess it was the hard work I had put in and definitely luck in terms of the experimental questions made me reach the score of 760.