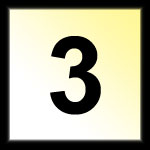 This article is part of a 10-part series where we will be highlighting the most popular GMAT stories of 2011 from the Beat The GMAT community, in countdown fashion.

maroli admits he's an underwhelming student, but that won't keep him from getting the score he needs to offset a poor GPA. Through sheer determination, he improved 200 points, from 540 to 740, in just 4 months, as he explains in his debriefMy 4 month journey from 540 to 740...grit over ability!

maroli also included a handy list of his favorite do's and don'ts at the end of his post, plus an awesome inspirational video which illustrates why failure is critical to success, from His Royal Airness! Here's one excerpt:

Check out the full debrief here: My 4 month journey from 540 to 740...grit over ability! Congrats, maroli!