MBA Reapplicant Success Story: From 24 Apps, 19 Dings to 1st in Class at Emory 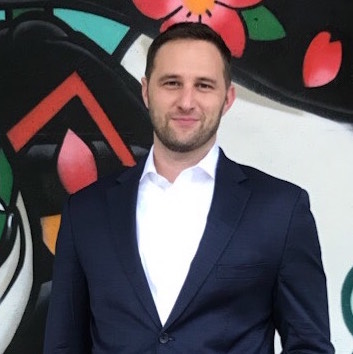 We have an inspirational MBA reapplicant success story to share with you today! I wrote 24 applications over two years and was turned down nineteen times in a row before anyone said yes. All said-and-done, I received only two 'yeses.' Hundreds of hours and thousands of dollars I spent trying to get in, and was rejected over and over, shares Ed Luggen.

When Luggen signed on us in 2015, he had received more rejections than almost anyone we had ever worked with. The fact that he wanted to persevere was a true testament to his character, his resilience, drive and problem-solving abilities.

In 2018, Luggen received his MBA from Emorys Goizueta Business School, graduating #1 in the class. He was on the deans list for four semesters at Goizueta, receiving the most outstanding academic achievement award. Before going to Emory, Luggen was an associate attorney at Kurtz & Blum in the Raleigh-Durham area for just over three years.

This accomplishment was a test of character. Throughout his long journey, Luggen leveraged the challenges he faced and the wisdom he acquired through the admissions cycles to gain an admit to Emory GBS. This, despite his low undergrad GPA and a career that MBA admissions likely viewed as unfocused.

Within his story are five lessons that any MBA reapplicant---and first-time applicants---can benefit from.

#1 Embrace being the underdog

Eds success should serve as an engaging example for those who have had difficult setbacks and imperfect academic statistics.He offers the following advice to others in this underdog category.

Its going to be tougher for you than it will be for many other applicants and future classmates.You are going to have to work harder to get admitted. Know your story and how to tell it in a compelling fashion. Spend more time networking to create opportunities," he counsels.

With our help, Ed learned to embrace his shortcomings rather than trying to hide them. He learned to reveal the character created by his hardship and shortcomings.MBA admissions officers know that struggle builds character.Ed advises, If you can turn your weakness into a strength, show the toughness your life has instilled in you, exercise the determination thats gotten you this far, and package it in a polished and compelling story, you will find a school and a company that value you.

#2 Dont let adversity trip you up

The biggest challenge in the application process was finding a school that would believe in me and my potential. That, and staying resolved in the face of rejection, shares Luggen.Ed knew he was good enough and stuck with it using the strategy developed with the Stacy Blackman Consulting team.

I see now that it was a necessary process that landed me exactly where I should have been: at a school that appreciated my strengths and cared for my success.Emory GBS was the perfect place for me, and my early struggles made me appreciate the school and the opportunities it brought me all the more.Goizueta believed in me, andtwo years laterI graduated first in my class. Developing resilience is incredibly important during the MBA process, but its also essential in life. To be successful, you need to learn how to bounce back and try again.

#3 One size doesnt fit all

The MBA is not a one-size-fits-all degree. In reality, not every business school is equipped to help every person reach his or her unique professional goals.After his experience at Goizueta with peers he described as remarkable, yet down-to-earth, Luggen advises future students to carefully consider student culture and community.

Ed shares, Building a network of former classmates who will answer when you call and alumni who will go out of their way for you because they know where youve come from and the character your shared experience has built, thats what its really about.

Find an MBA program that appreciates what you have to offer, as it will be better suited to helping you achieve your unique professional aspirations. Ive left GBS feeling like I grew as a person and belonged to something very special.Every student there was impressive in some way or another, and it was rewarding to get to know them as people and learn their strengths. You can take basic corporate finance anywhere, but leaving school feeling like youve been enriched in all facets of your life is a priceless benefit. Also, Luggen adds, GBSs career opportunities well outpaced its position in the rankings.

#4 The MBA reapplicant must be laser focused

Nothing beats hard work and defined goals. As Luggen says, Many pursue an MBA because it seems like a good next step in their life process; a foregone conclusion. But the people who really succeed both in their recruiting and academically know what they want and what theyre working toward. Knowing what you want will likely help you craft the story you tell to the MBA admissions committee, to recruiters, to contacts, and to classmates.People love stories, and particularly they like good stories.The ability to tell a good story about yourself and why you have chosen your goals help in many ways.

#5 Stay tough and enlist the support you need

My other advice is to stay tough, says Luggen.After so many rejections, he could have given up, but he regrouped, and tried again with a different approach. When it came to recruiting, he similarly had to keep the faith.

We had a few rock-star students who seemed to get every interview they applied for. But the majority of us would get dinged for reasons unknown, walking out of an interview thinking it went great.We get declined for a first-round interview without explanation, even though we think ourselves a good fit.We get to the final decision round and go home empty-handed on the same flight as our cheering classmates thinking why them instead of me? Thats the life, though. Embrace it, keep faith in yourself, and let it make you stronger.

We so appreciate MBA reapplicant Ed for placing his trust in SBC. We know many of you will feel as inspired by Eds journey as we have been!

Ed's journey first appeared as a guest post for Poets & Quants in August 2018. It has been updated.