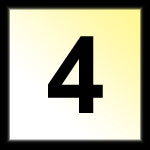 The fourth most popular GMAT story this year was written by samus33: Beat The GMAT in 30 days!! 470->700!! samus33 had one of the largest GMAT score improvements I've seen this year, a whopping 230 points. You can say that his obsession with the GMAT helped him achieve these results:

I would wake up in the middle of the night trying to crack permutation problems. At this point my girl friend thought I had lost it completely.