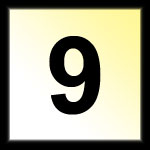 The ninth most popular GMAT story this year was written by indiantiger: Tiger has roared (620 -> 700). indiantiger made a very impressive 80 score improvement in his GMAT retake. In his second round of studies, he also didn't sacrifice his personal life as before:

- Go out with friends.

- Develop some kind of sports activity, I started running and played tennis, racquetball.