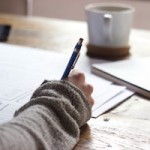 As soon as I saw this question, I knew I had to write about it. The ability to handle this question depends on a certain kind of quantitative reasoning that youre absolutely going to have to use in business schoolindeed, in business in general!

Quantitative reasoning is sort of like math, but not exactly. Its really about the ability to think about quantitative topics or to understand how to reason around a topic that deals with numbers. Thats pretty much the heart of b-school.

The other nice aspect of this problem is that its a somewhat less common Critical Reasoning (CR) question type, so I dont often get a chance to talk about it. But I think this often represents real-world reasoning that we all have to do, so its a great chance to practice getting better.

Okay, without further ado, try this problem from the free GMATPrep exams and then well talk about how this question works!

Lets start by talking about what you need to do for Flaw questions in general. Then well tackle the problem.

Flaw questions are part of the Assumption Family (Assumption, Strengthen, Weaken, Evaluate, or Flaw). Any arguments in this family will provide you with some kind of premise(s) and conclusion. The argument will be making at least one assumptionsomething the author assumes to be true in drawing her conclusion even though she doesnt explicitly state this assumption in the argument. And that unstated assumption is going to be the key in solving the problem.

Lets see how this plays out in the above problem.

How do you know that this is a Find the Flaw question in the first place?

The word flaw in the question stem stands out. :D The fails to take into account language is also a good sign. The question is basically asking you why the argument is poorly constructed (or flawed!).

Before I even read this, I could see that the text included numbers. There are a few common themes that come up again and again when a CR question includes numbersand one of these has to do with percents, a characteristic this problem also includes.

The key concept they tend to play off of is the disconnect between percents and real numbers. When someone tells you something about percents, and only percents, you know nothing about the actual underlying (or real) numbers.

For example, if I tell you my pizza consumption increased by 100% last month but my pasta consumption went down 50%, that doesnt mean I ate more pizza than pasta last month. It might be that my pizza starting point was just 1 slice, so a 100% increase brought me up to 2 slices. And maybe I ate pasta 20 times last month, so a 50% reduction brings me down to 10 bowls of pasta. Really, anything is possible when I only tell you about percentages, not real numbers.

So immediately be skeptical as soon as you see a CR talking about percents. Look for anything they might tell you about real numbersand, wherever they dont, think about how you can manipulate the interpretation to give you many possible outcomes.

[Thinking to myself: Does this tell me anything about whether M or P has more actual crime? No real numbers. Anything is possible!]

And Im already thinking, Nope! I cant actually tell that. If P already had a ton of crime, then going up by only 10% could still leave the crime rate much higher than it is in M with its 60% increase.

On Flaw questions, the goal is to find the answer that explains the flawed reasoning in the argument. What is that on this one?

The author assumes that a higher percentage increase translates to a higher actual number. But it might not.

Step 4: Work from Wrong to Right

All right, lets dive in.

The population density alone isnt the issue. The key point is really around the starting level of crime four years ago or the actual level of crime at any point in this timeframe.

Again, population growth is not the issue. The level of crime, or crime rate, is the issue.

This one does mention crime, but theyre trying to distract me. The argument discusses only violent crime, so making a distinction between violent and nonviolent crime is irrelevant to the argument.

Yes! This is exactly the problem! The author completely fails to address what the actual crime rates were, and thats why we cant actually draw any conclusion about the relative levels of crime. All we know is the percentage changebut percentage change of what base number? No idea.

The correct answer is (D).

What did you learn on this problem? Come up with your own takeaways before you read mine below.

(1) Know how to identify the question type. On CR, this usually means some form of the word flaw and the answer should be something that the argument fails to consider in some way.

(2) Lay out the premises and the conclusion so that you can think about the gap between them. The assumption lives in that gapits something the author didnt say but nevertheless must believe in order to get from the premises to the conclusion.

(3) If the concept of percent comes into play, immediately see what real numbers you have actually been givenand what you have not been given. Theres a very good chance that the gap will be around assuming something about the real numbers that may or may not actually be the case. If you can find that, youve found your flaw.