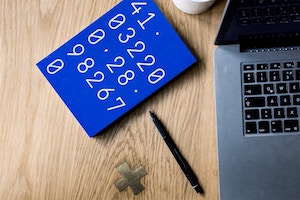 The Executive Assessment (EA) shares a lot of roots with the GMAT, GMACs flagship graduate business school exam. In certain ways, the EA feels almost like the GMAT on steroidsits even more stereotypically GMAT-like than the GMAT itself, if thats possible.

One of those ways has to do with the way in which you can solve math problems. Most of the same math content areas are tested on the EA, but a higher proportion of released EA problems share a certain characteristic: You can use general Fast Math principles to make your job much easierand you can do even more with the overall Fast Math idea on the EA.

Heres the overall idea: Dont do math that you don't have to. Dont do math until you have to. Before you actually do something you think you need to do, lay it out and ask yourself what the best path is through the mathgiving heavy consideration to estimation and other shortcuts.

Lets try some problems out and see how this really works! All problems in this series are from the free problem sets that appear on the official Executive Assessment website.

Give yourself four minutes (total) to try these two problems; well discuss the solution to the first one today and the solution to the second one in our next installment. They currently appear (as of September 2017) as questions 2 and 3 in the free online quant Problem Solving problem set.

The table below represents the combined net income of all United States companies in each of five sectors for the second quarter of 1996. Which sector had the greatest net income during the first quarter of 1996?

According to the table below, the number of fellows was approximately what percent of the total membership of Organization X?

Got your answers? Even if youre not sure, guessthats what you want to do on the real test, too, so practice that now (even if your practice consists of saying I have no idea, so Im randomly picking B!).

Ready? Lets do this!

In both cases, youve got a table of information (though that's not actually why I grouped these two together), so the first order of business is to understand what the question wants and what the table tells you.

Heres the table for the first problem:

There are 5 sectors. Each one shows a certain net income for the second quarter and then a percent change from the first quarter. Whats the significance of a negative vs. positive percent change?

Think in terms of real business. If your division had a net income of 4.83 billion this quarter, but that represents a 26% change from last quarter then last quarter was better and this quarter your boss might not be very happy.

Okay, now what do they want to know? Which sector had the greatest net income in the first quarter hmm. So were going to have to backwards-engineer this somehow.

Start by jotting down the starting point for each sector and whether that one was higher or lower in the first quarter:

They want to know which one was the highest once we back out the numbers. Sector C is already the lowest by far and it was even lower last quarter, so its not that one. Eliminate answer (E).

Sector I only went down by 1% in the second quarter, so basically it was still at about 5 in the first quarter. Call that your baseline point and test the other answers against it.

Was Sector BM above or below 5 in the first quarter? The 4.83 figure reflects about a 25% decline from the previous quarter.

Therefore, sector BM, at 6+, was more than sector I, at 5; eliminate answer (C). Your new baseline point is 6+. Test the remaining answers against this number.

The other two sectors were both lower in Q1. For sector E, 7.46 reflects a 40% increase from Q1. What if the starting number for this sector were 6? What would a 40% increase be?

Finally, sector U started at 8.57, but that represented a whopping 303% increase over Q1! If you started at 6 and increase that number by 300%, it would be way over 8.57. Sector U also must have started lower than 6, so eliminate choice (D).

The Basic Materials sector is the last one standing. The correct answer is (A).

The beauty of the EA is that this is a business test, not a math test. Theyre not interested in knowing whether you can do precise math calculations on paper. Theyre interested in knowing whether you have a general number sense that allows you to reason your way to a conclusionwe call that the back of the envelope approach. All my boss really needs to know is which division did best last quarter, not what the exact numbers were, so I can just do a quick-and-dirty approach that addresses the big picture.

Join me next time, when we'll talk about the second problem.

(1) You often dont need to calculate exact values. Look for opportunities to estimate and do back-of-the-envelope calculations wherever possible.

(3) Turn that knowledge into Know the Code flash cards:

* Executive Assessment questions courtesy of the Graduate Management Admissions Council. Usage of this question does not imply endorsement by GMAC.