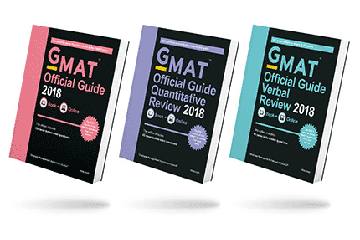 The new Official Guide (OG) books have landed and Ive got the scoop for you! (If youd like, you can start with the first installmentof this article series.) Todays post focuses on the Verbal questions in the big OG.

We gained 6 new passages and lost only 4but we have the same number of new and dropped questions (21). So we just have a lower question-per passage ratio in the new book. (And I think thats a good thing. The real test typically only gives us 3 or 4 questions per passage, so Id rather have more passages with fewer questions in the OG, too.)

Of the new passages, 2 are business-based and 4 are science-based. (On my last official test, in January of 2017, all 4 of my passages were science-based!) Two of the science passages are wow-hard in terms of vocabulary / complexity, in my opinion. Ones about types of cacti in the Sonoran desert and the other is about conodonts. (What? I had no idea what conodonts were, either. Theyre eel-like creaturesor they were. Theyre now extinct.) Anyway, save those two passages for later in your studies; theyre seriously hard.

My favorite new passage is the one that begins When asteroids collide because, cmon who wouldnt love that as the title of a new reality series?? :D Seriously, though, this ones decently challenging as well. And our fourth new science passage is about the substance amber.

One of the two business passages is also pretty complexthe one about monetizing ecosystems. Again, Id save that one for later in your studies.

All in all, GMAC (the organization that makes the GMAT) has given us some really great hard RC material to test our skills. Im excited to start using some of this with my students.

The book added and dropped 19 CR questions, with no notable changes in specific categories or question sub-types. There are several interesting, harder questionsand some very good lessons to learn from the new problems.

For example, a Strengthen the Argument question, #589, includes the wording in order to address this problem When you see something like this, make sure you glance back to remind yourself what that problem is! In this argument, the contention is basically that one problem is causing another problemand that theyre planning to fix the first problem in order to address (fix) the second one. If you don't catch that full significance, you might fall into a trap on this one.

I also think #631, another Strengthen question, is super interesting. I wasnt expecting the correct answer that they gavebut the logic is completely solid. I dont want to give anything away, so Ill say it this way: I assumed that certain information was the main information (and therefore what I should think about as I looked for the answer), but the correct answer turned out to hinge on a piece of information in a premise ... and that info seemed like just a small detail. They did a good job of disguising the ultimate importance of that detail.

And #656, an Explain the Discrepancy question, is a great new one, too. The logic is again entirely rock-solid but you do have to take a couple of logical steps in the analysis to see why the correct answer really does explain the situation.

All in all, there are some good learning opportunities in the new CR questions.

The book added and dropped 21 SC questions. I saw one thing that surprised me a bit (more below), and I did note that meaning, modifier, and sentence structure issues showed up in quite a number of the new problems. In fact, by my count, only 4 of the new problems did not have any one of those issues going onso Im definitely going to be making sure that my students are paying lots of attention to these three issues.

I was intrigued by #745. The sentence structure is on the more complex side and at least one answer choice contains some subtle redundancies. (Im not going to tell you exactly how many answers because I dont want to give too much away!) From a meaning perspective, its very important to make sure that the sentence is clear and logicaland that it doesnt repeat itself unnecessarily. This one also hits the sentence structure category and one other.

Problems #763 and #799 teach a very good lesson: Dont cross something off just because it sounds funnyif youre not actually sure why its wrong. For both of these problems, I think a lot of people will think the correct answer sounds funnybut its still correct!

Lets talk about the question that surprised me a little, #781. The correct answer uses a particular grammatical construction that doesnt strictly follow the patterns weve typically seen on the GMAT. But the usage of this thing (Ill tell you what it is in a minute) has become more common in spoken language, so I think theyre signaling that this is fine on the GMAT, too.

I cant give you the actual text of the correct answer, but heres a similar example:

The hurricane will continue to develop while an area of high pressure spreads, which will cause torrential rain and possible flooding.

(Im making this up; I have no idea how the weather really works!)

For example, this is correct: The box of nails, which is on the table, belongs to Sadik. In this example, the comma-which modifier refers to box, not nails, because the singular verb is must go with the singular noun box.

So which questions are the new ones in the whole book?

Im so glad you asked! In part 4 of this series, Ill give you the list of questions that are new to each chapter of the big OG. Unil then, happy studying!