4 Steps to Analyze your CATs (part 1) 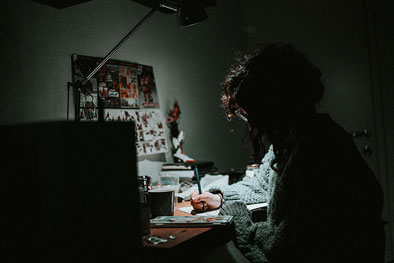 How many practice tests have you taken so far? Are you satisfiedor frustratedwith your progress?

One of the biggest mistakes I see students make is also relatively easy to fix: they dont learn what they should be learning from their practice tests. This is exactly what were going to talk about today.

You dont get better while taking a CAT

Wait, if you dont get better while taking a CAT, then why are we starting here? Read on.

Have you ever done this? You take a test, but arent happy with your score, so a few days later (or even the next day!), you take another exam.

Bad move! First, your data from that first test already tells you what you need to know; your skills arent going to change radically in a week. Don't waste 3.5 hours of valuable study time (not to mention, one of your limited practice tests!) in order to get the same data that you already have.

Alternatively, have you read online that someone out there took 14 practice tests in a 6-week period and swears by this method of studying because he then got a 760? If you do just what he did, youll get a 760 too!

Sadly, thats unlikely to work either. Do you remember that one kid from your school, the one who was always excited when standardized test days came around? She was super annoying because she just did well on these tests naturally and she actually liked taking them. (Yes, that was me. Sorry.)

Heres the thing: for people like me, sure, the brute force approach seems to work. But we are also extensively analyzing our own data; we just do so more quickly than most. Everyone needs to use this data to figure out how to get better.

Youre going to use your CATs to:

(2) provide data to help you build a roughly 2-3 week study plan prioritizing certain things based on what your analysis told you, and

(3) figure out how to get better at Executive Reasoning.

Go ahead and click that link now. Ill wait.

Use your CATs to learn your strengths and weaknesses

Within the first roughly 2 weeks of your study, take a practice test. (Seriously! Dont put this off! Also, note: The gap between practice test 1 and 2 will be on the longer sidesay 6 to 8 weeks. After that, youll settle into a more regular cycle of 2 to 3 weeks.)

I'll base my discussion on the metrics that are given in Manhattan Prep tests, but you can extrapolate to other tests that give you similar performance data.

You will likely need at least 60 minutes to do this analysis, not counting any time spent analyzing individual problems. If that sounds like a lot, split this into smaller tasks. Plan to spend 30 minutes each for your initial analysis of Quant and Verbal.

Where should I start?

I know youll want to look at your overall scores first. But don't do what so many people do: Immediately become demoralized because you think your score is too low.

Right now, your score is what it isbut this isnt the real test. Youre going to use this to get better. Thats the real focus here.

So, lets put those scores into some context. First, how confident can you be that they reflect your current ability level?

Next, pull up the problem list for Quant or Verbal. The problem lists show each question, in order as you took the test, as well as various data points about those questions.

Any strings of 4+ questions wrong?

One common scenario: The first one or two in a string are really hard, so you spend extra time. You get them wrong because theyre hard. You know you spent extra time, so you speed up on the next couple and make careless mistakes, getting those wrong as well. If this happened to you, what do you think you should do to remedy the issue?

For the first scenario, you probably need to train yourself to bail quickly on the stuff thats too hard even when you spend extra time. Then, you wont be behind on time when you get a question at a level you can handle, and so youll be able to get that one right next time.

For the second scenario, what do you think is a good opportunity for you to learn? Add a couple of things to your study plan for the coming week or twobut don't add everything. Theres only so much you can do in a couple of weeks, so be choosy.

Were about halfway through our analysis of the Problem List. What have you figured out so far? What are your hypotheses about what went well and what didn't go as well? Are there any particular things you want to look out for to help confirm or deny those hypotheses as you continue analyzing?

Join us next time for part 2, where well dive more deeply into a timing analysis of individual problems.