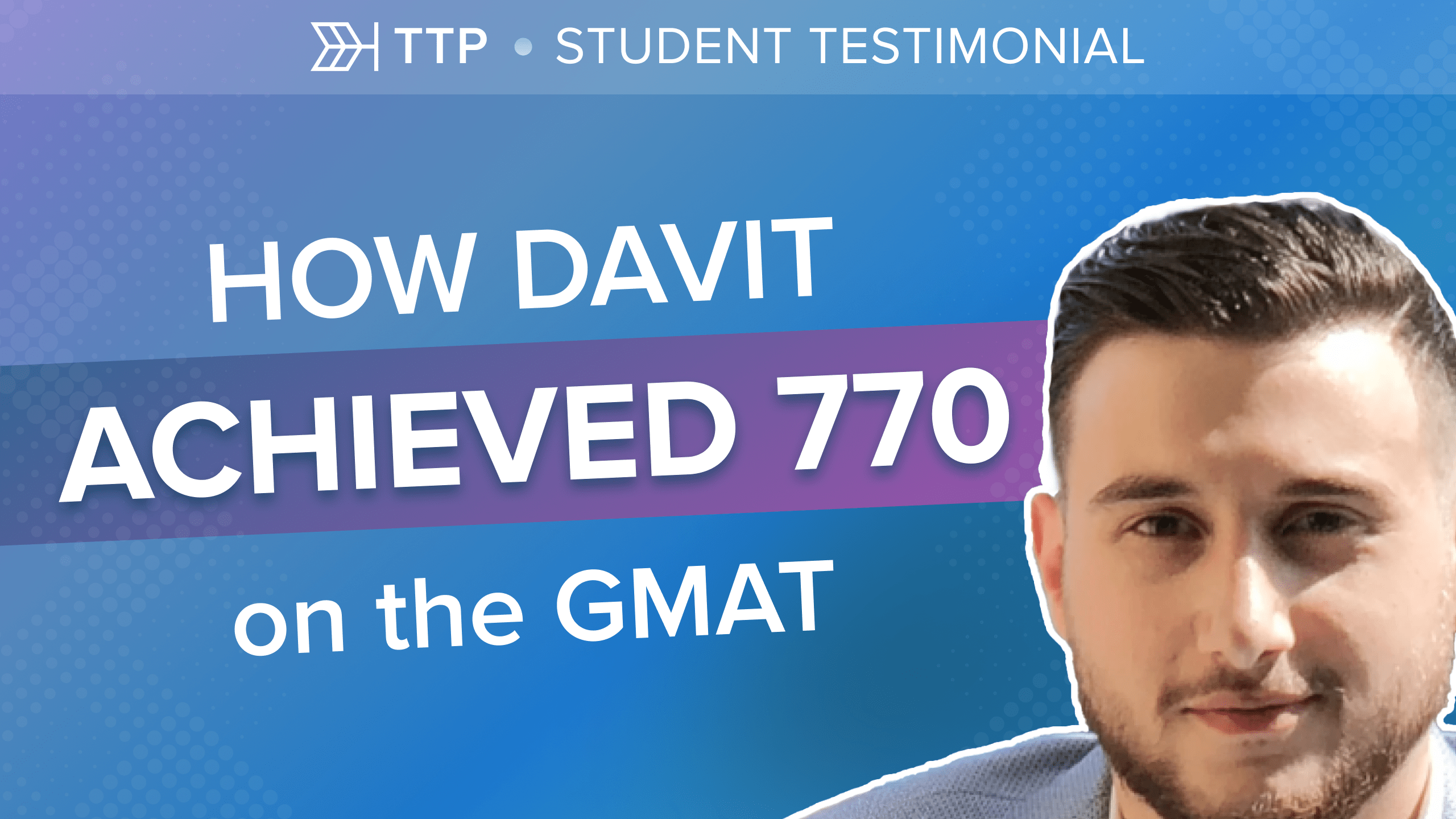 When Davit chose the Target Test Prep GMAT Course for his GMAT prep, he knew that TTP Quant was “legendary,” but he quickly saw that TTP’s GMAT Verbal course was just as much of a game-changer.

As a non-native English speaker, Davit says he faced his biggest GMAT challenge in Sentence Correction in the Verbal section. TTP made all the difference. “I reviewed several GMAT programs which covered Sentence Correction, and TTP proved to be the most useful for me,” Davit says. “It provides you with a clear study plan, and its topics and subtopics cover every single topic that is going to come up on your real exam.”

Watch the video to hear more about how TTP helped Davit gain the knowledge and confidence he needed to score 770 (Q50/V47) on the GMAT.

Now is your chance to get 20% off the 5-star rated prep course on GMAT Club[/url]. Use coupon code BlackFriday20 at checkout to take advantage of our most massive discount of the year!

5/5
5 Star (407 Reviews)
"Target Test Prep is the closest to the official version of the GMAT exam, about 99% accuracy in terms of the quality and quantity of information. The course has excellently created singular sets of focused lessons and tests for every possible topic that one could come across in the official GMAT exam."
"The TTP course maximizes the efficiency of the time you spend studying. It will take time and effort but I could almost guarantee that if you complete the course exactly as it is laid out you will get an amazing score. They also have a very responsive team willing to help with any questions you might have."
"TTP has two things that I think no other test prep company offers: A teaching approach that reinforces understanding and an attitude that will give you the mental preparedness needed to succeed on the test. TTP gives you a deep understanding of the concept you need to know while teaching you how to think."
Write a Review