Three Unique Advantages of Being a Chinese Applicant 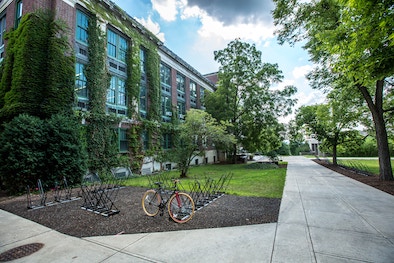 As a Chinese applicant to American universities, youve no doubt heardallabout the many challenges youll face in the admissions process.

You are also probablyalltoo familiar with the many pitfalls you need to avoid: cookie-cutter applications, perfect test scores with no outside accomplishments, a perceived lack of personality (whatever that means). Honestly, it can be disheartening.

But look, thats not the whole story. Our fellow admissions consultants often spend so much time avoiding those common obstacles, that they miss theadvantagesof being a Chinese applicant. Admissionados ability to find those oft-overlooked advantages is fundamental to our outsized success in China. Uncovering buried treasure inallthe right places is our specialty, and were happy to share the map.

To the first point: adcoms care! Those factors together mean that you already have a wealth of unique contributions to make to a university, just built in to your background. You bring a diverse perspective, language, culture, and network. Thats significant because it means you can add a valuable perspective to the classroom, to student groups, and to campus in general. And to the second point: Yes, thousands of your Chinese peers can say the same thing, but many of them wont. Many of your peers wont recognize how valuable this inherent diversity is, and so they will fail to take advantage of it, allowing you to swoop in and stand out.

You see, admissions committees need international students to create the diverse, enriching campus environment theyre afterbut more than just having those studentspresent, they need those students to actively contribute to campus life. This is the point that many of your peers will miss. So, once you identify both what makes you unique and how that translates to unique actions you can take on each campus, youve just struck gold.

As a Chinese applicant, you have a slight edge over your American counterparts in the unique stories department, for two reasons: 1) Your international background gives you a bucket of material that the admissions committee will be less familiar with; and 2) Your path in choosing to leave your home country for college lends itself to introspection.

First, on material: Rememberallthose factors that added up to give you a diverse perspective? Well, those also give you a treasure trove of unique materialyou have a lifetime of experiences that are less common in the broader applicant pool, so you have greater opportunities to craft totally original essays on original topics, purely by telling stories that might seem entirely unremarkable to you. Think about it this way: youve experienced a life that is mostly foreign to the admissions committee, so your average story about growing up in your hometown inevitably contains some material unique for your reader. Your average American counterparts equivalent story wouldnt be as compellingly unique; they would have to dig deeper.

And second, on introspection: Your decision to leave your home country for college means youve (presumably) already given a lot of thought to your future, which means youve already done a lot of the introspection necessary for compelling essays and interviews, even for more specific questions like, Why our school? Youve already made this huge decision to study outside your home countrydig into what youve learned about yourself, the kind of life you want, and your ideal college experience, and communicate it. Thats powerful stuff.

For example, if youve read much about the admissions process for Chinese students, you may have read that certain admissions committees have become wary that some Chinese applications appear forged in some way, with forged transcripts, recommendations, or essays. While it is frustrating and unfair that a few bad applicants have tainted admissions committees views, it also presents a unique opportunity for you, the conscientious and principled applicant. It means that if you can start by proving to be a sincere and authentic applicant, youve already set yourself apart from many of your competitors. Those otherguysprobably arent cheating either, but unless they know to make a conscientious effort to avoid the perception of cheating, theyre at a disadvantage compared to you.

And thats just one example. Generally, the better you understand the often-discussed mistakes other Chinese applicants make, the better you can avoid them and craft an exceptionally powerful application yourself. If you can pair this with the first two advantages, by showcasing your diverse perspective and how it will contribute to the school,allin brilliantly compelling essaysthen youre really onto something BIG.

Starting to discover some of this buried treasure, but still not sure what to do with it? Not to worry, in the second part of this series, well go through exactly how to leverage these goldmines, so stay tuned.