I've just finished trying all of the new Verbal OG problems. (If you havent yet read my earlier installments, start here.) This installment includes my summary of All Things Verbal as well as lists of the new problems by book and question type.

Also, were hard at work writing new solutions to add to our GMAT Navigator program, so if you have access to Navigator, you can start to check for new solutions there inbest guessJuly.

So, in the books at least, theres a slight shift towards science. Its unclear whether this signals an actual change in emphasis on the test, though; these may just be the best retired passages that they wanted to use.

The differential for Weaken questions was -8 and for Inference questions, it was -4. Im not entirely sure what to make of the drop in Weaken. Ive been hearing from students that theyve been seeing a lot of Strengthen / Weaken on the real test and not many (CR) Inference questions. The Strengthen jump and the small Inference drop seems to go along with that, but not the larger Weaken drop. (This is why Im always skeptical about drawing broader conclusions based on changes in the books.)

As I mentioned in my first report on Sentence Correction (part 2 of this series), it is difficult to compare categories here because one SC can (and usually does) cross multiple topics. The trends I reported before still hold after my review of the Verbal supplement: meaning and sentence structure are increasingly important, and parallelism and comparisons are just as important as theyve always been.

Ready for the problem lists? 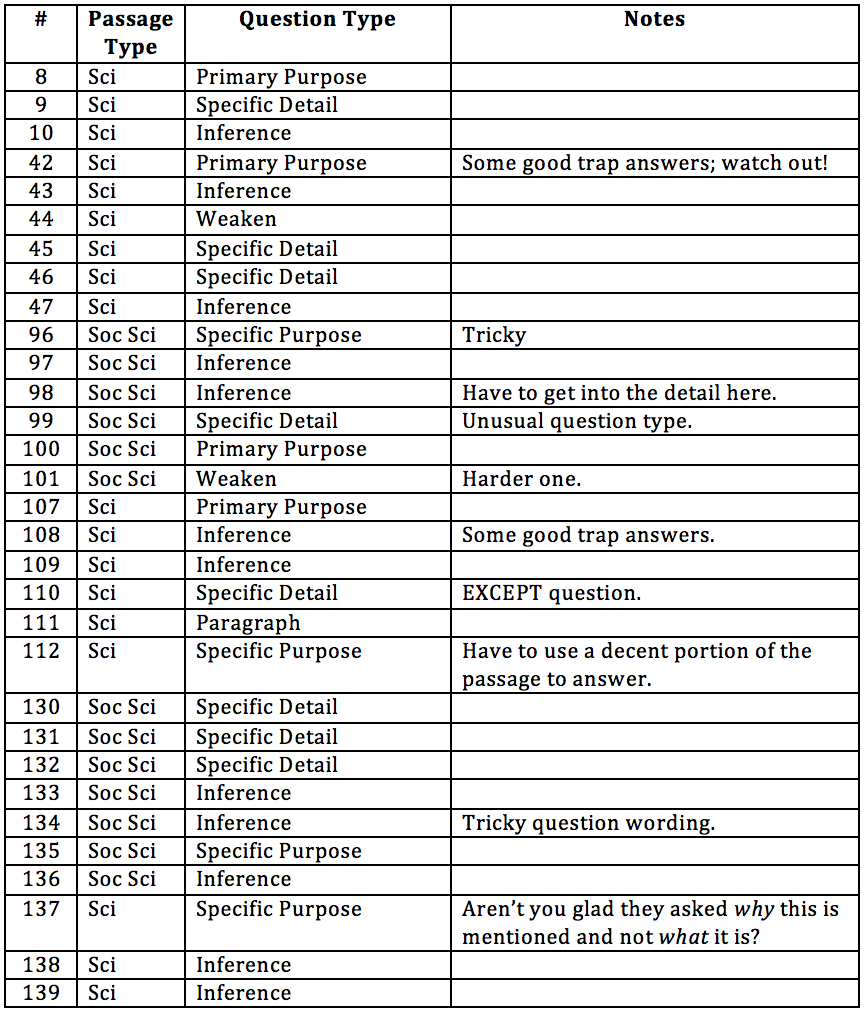 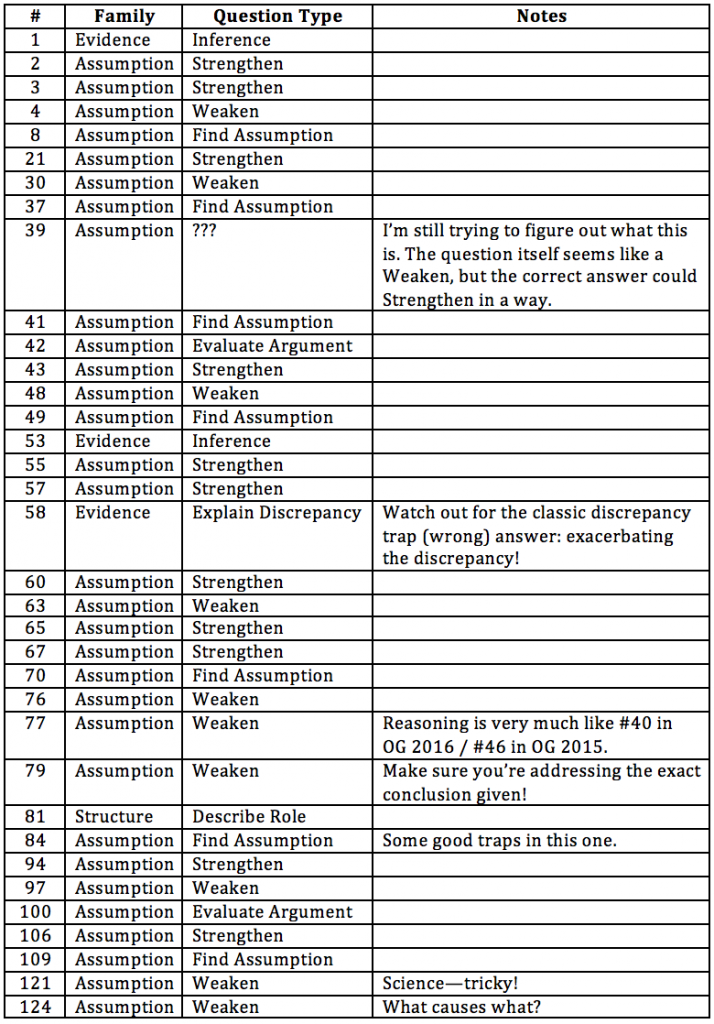 Note: we only tagged two topics per problem; many SC problems test more than two topics. Also, the order in which the topics are presented is generally whatever we happened to notice first in the original sentence or in the answers. 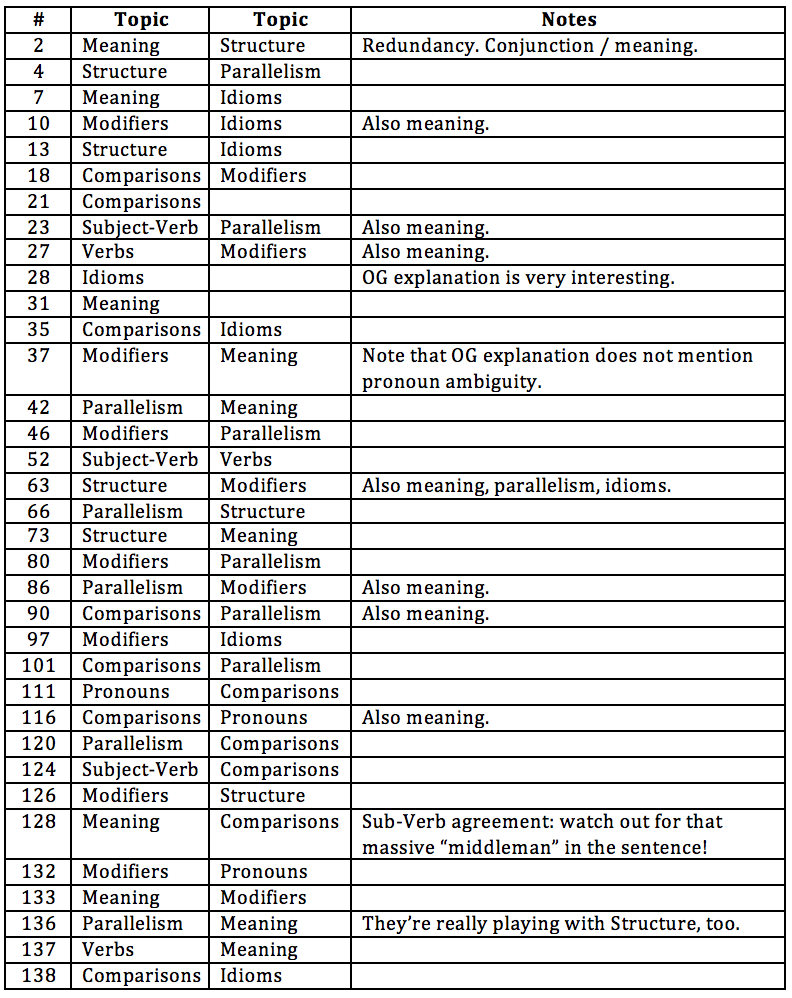 The Official Guide for GMAT Verbal Review 2016, a.k.a. the Verbal-only book 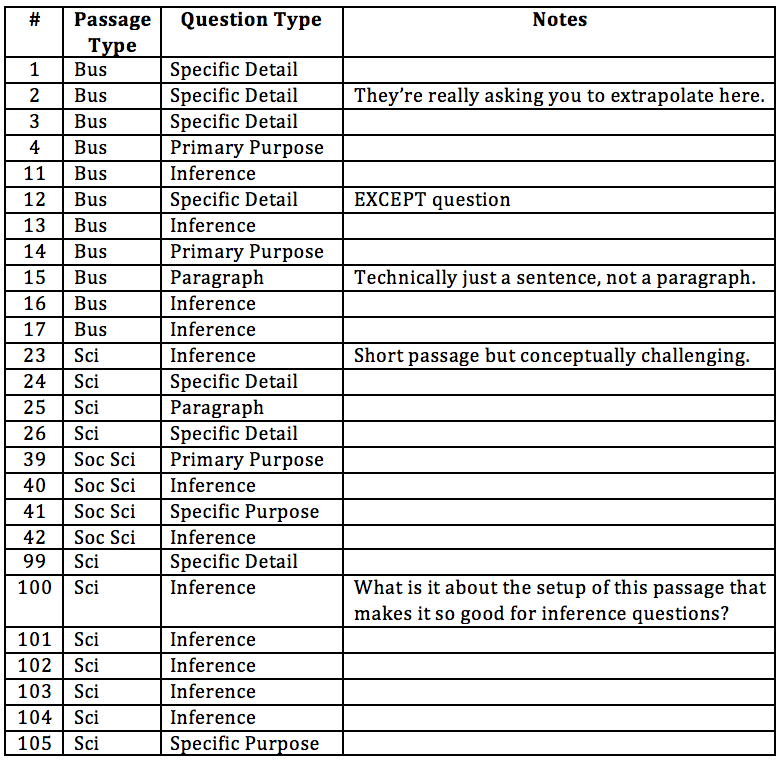 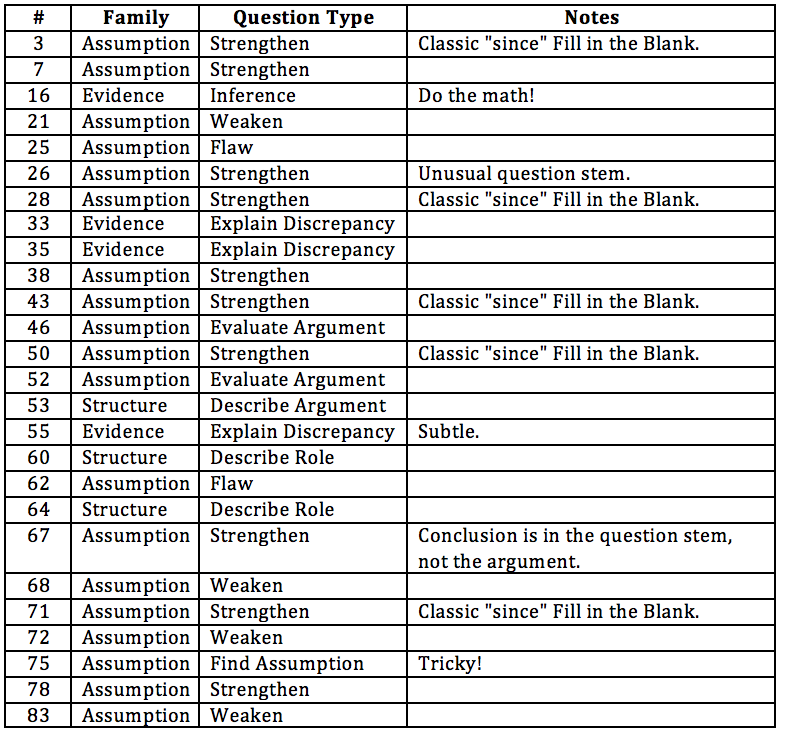 Note: we only tagged two topics per problem; many SC problems test more than two topics. Also, the order in which the topics are presented is randomwhatever we happened to notice first! 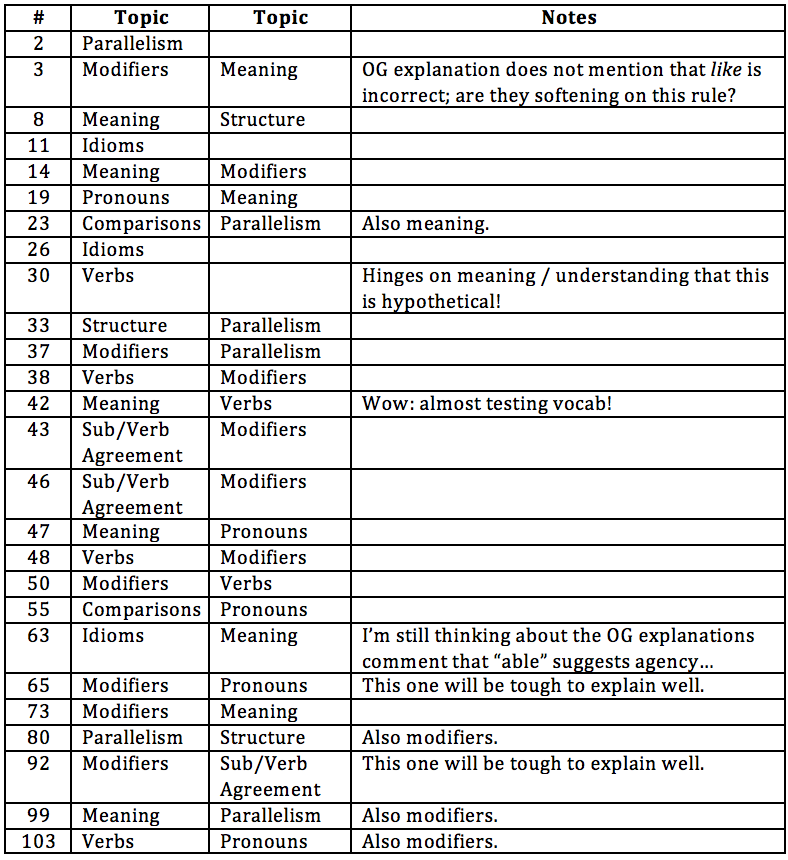 Phew. I think thats it

A week and several thousand words later, I think thats all, folks! Of course, Im sure that well have plenty of things to discuss over the coming weeks as we dive more deeply into all of the fun new OG questions. But for now, I hope youve found this review valuable and Im going to go take a well-earned break. :)