How Ruben Scored 750 on the GMAT

How Ruben Scored 750 on the GMAT 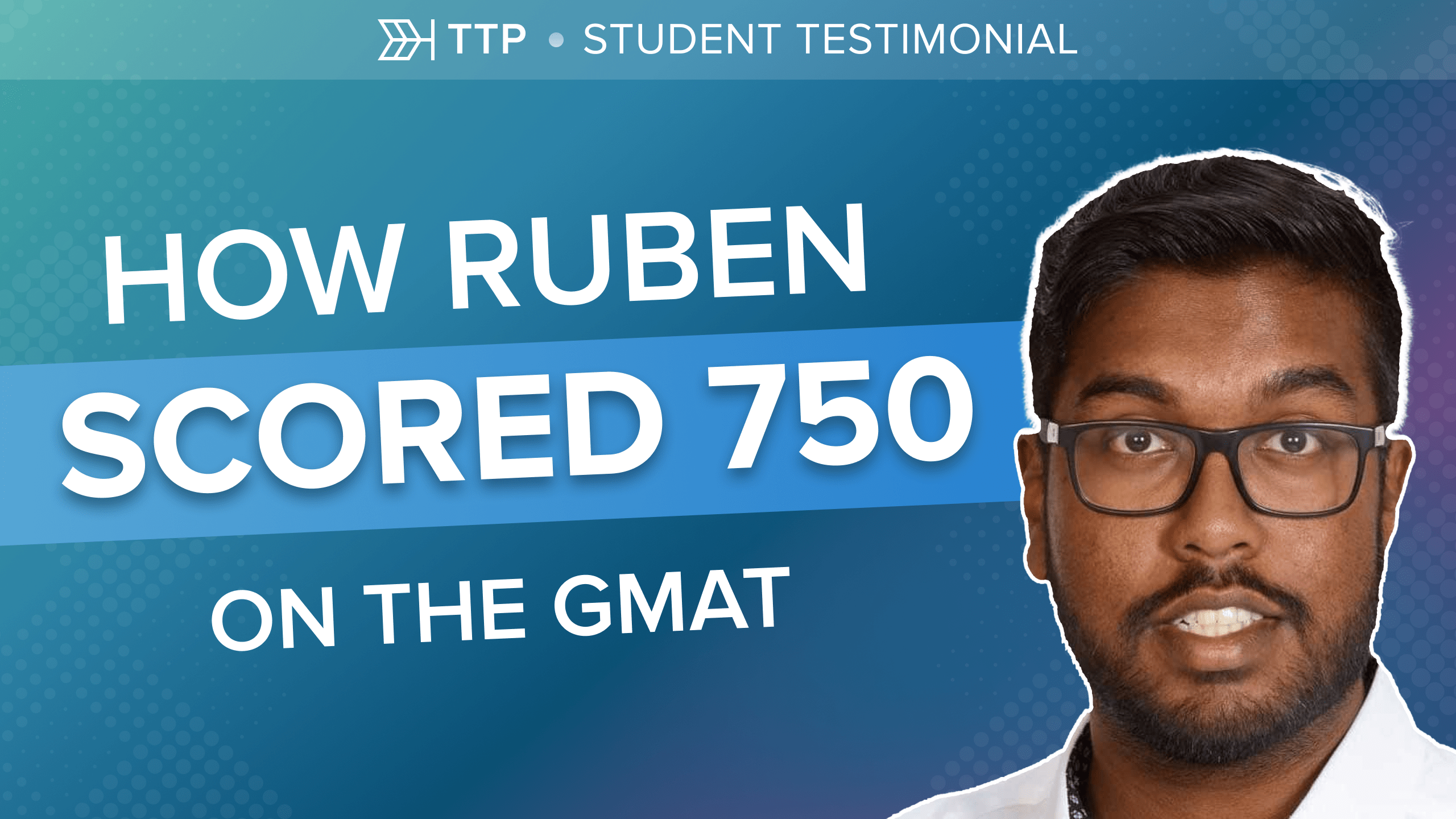 Ruben scored a 750 on the GMAT with the help of Target Test Prep. Ruben scored a 690 on his first attempt at the GMAT and decided he needed to work on improving his speed in order to break into the 700-score range. Ruben used TTP for 4 months in total and found that the platform really helped him with his timing by requiring Ruben to solve practice problems and providing feedback in the way of detailed analytics.

Target Test Prep allowed Ruben to study longer and harder and gave Ruben an understanding of how long he would need to answer a given question based upon its difficulty.

TTP allowed Ruben to learn a number of tricks in order to not be confused or overwhelmed during the test process. TTP taught Ruben the way that GMAT questions needed to be broken down and understand how to solve a question without becoming tripped up on the wording of the question. After 180 hours of studying Ruben was very confident in his verbal and math abilities and actually scored a Q51 during a particular test exam. As TTP organized Ruben’s study plan for him it allowed him to work on his weaknesses and saved him time by taking care of the preparation.