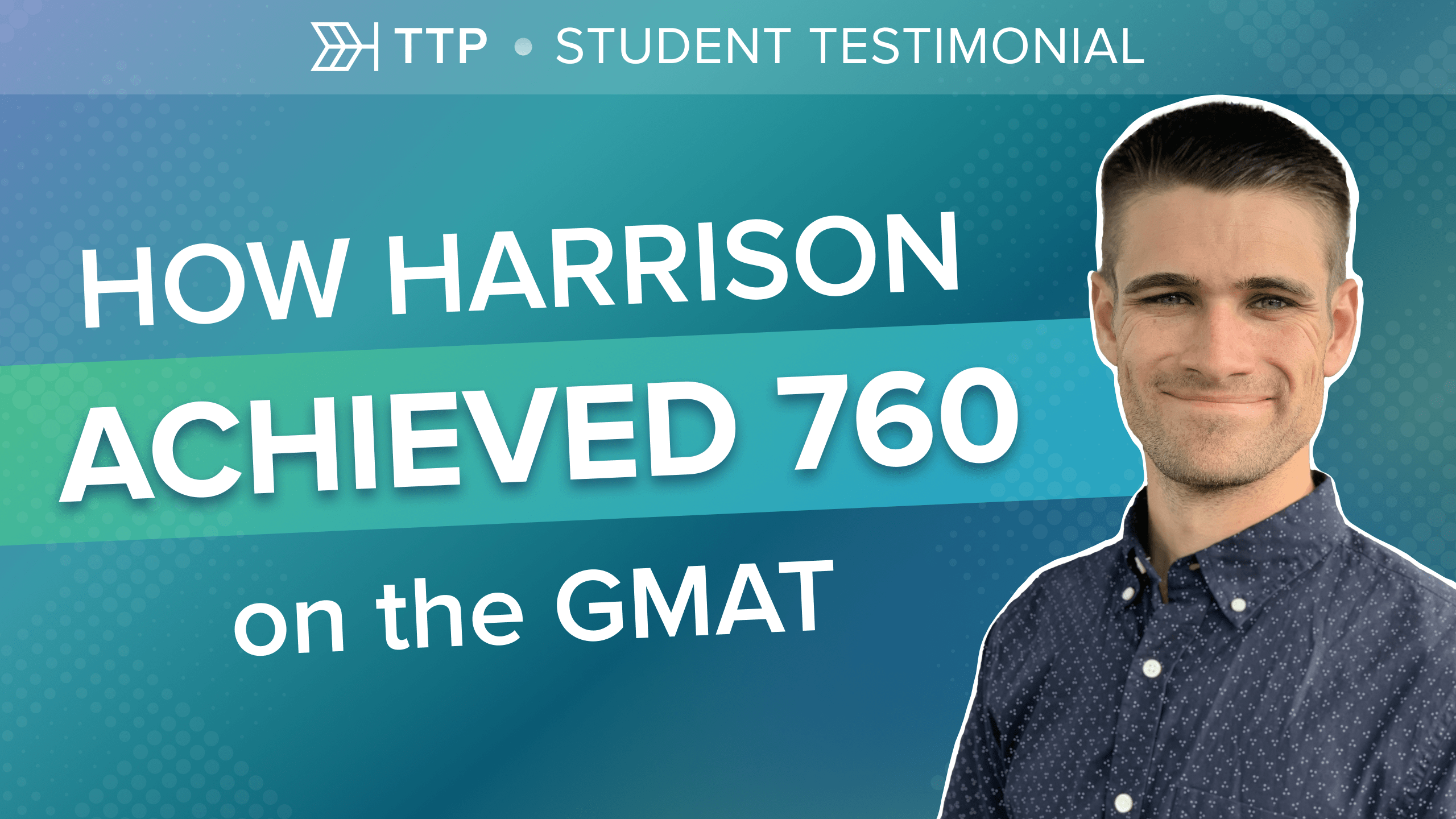 Like many applying to MBA programs, Harrison started his GMAT preparation without much knowledge about what it would take to earn the 700-level target score he needed for the M7 business schools he planned to apply to.

So, he did what many test-takers do when they start studying for the GMAT exam: he purchased a copy of the Official Guide. It didn’t take long for him to realize that, although the Official Guide contained many practice questions, it wasn’t going to teach him the GMAT concepts he needed.

After trying out several GMAT courses, he finally found the one he knew would get him to his GMAT score goal.

“Within a few hours of using it, it became pretty clear that Target Test Prep was significantly better than the alternatives that I had tried,” Harrison says.

“The instruction and explanation that Target Test Prep provides are phenomenal. They do a really great job of explaining concepts thoroughly, but without adding any excessive or unnecessary material.”

The result speaks for itself: after using the Target Test Prep course, Harrison scored 760 on his first GMAT attempt.

“Target Test Prep laid out a very clear, logical study plan that I could follow,” Harrison says. “That was really great, saved me a lot of time, took out a lot of the guesswork, and really made my limited study time much more effective.”